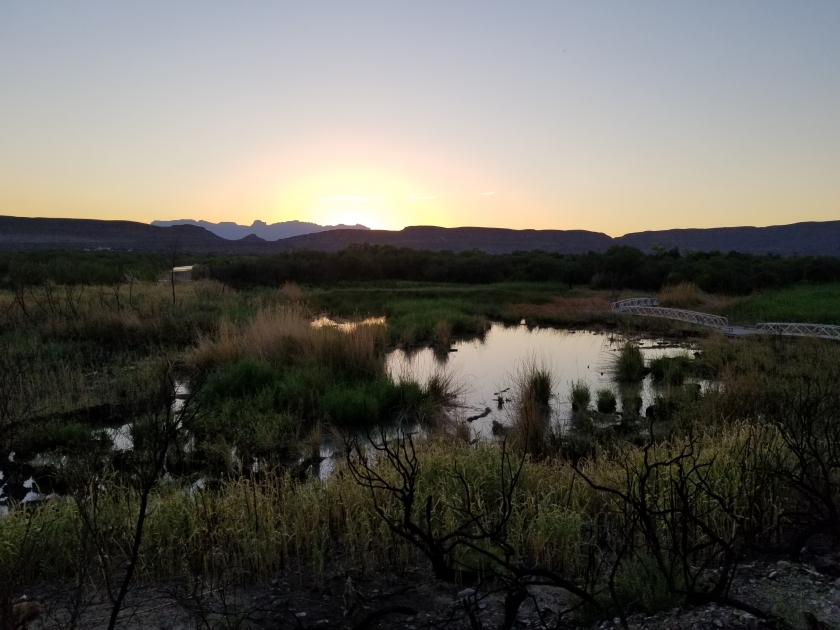 I’m writing this without an internet connection with the hope that I can post it up sometime tomorrow (Tuesday the 29th). I need to put my thoughts into writing before I forget or the feelings change.

As I’d posted earlier, I had an amazing start. I even had a decent roll out after that and a good lunch. My spirits were high and I thought I was ready for what was coming.

What was coming? I’d been warned that the next part of my journey was pretty desolate and temperatures would be high. That’s ok. I’ve dealt with high temperatures.

110 degrees for the last 6 hours on the bike. The low was 109, the high 112. That just beats on you. I drank a lot and then drank some more. I stopped more often just to enjoy the shade and ac of a gas station.

That gets in your head. It was a constant mental battle to not get KO’d. The area I was in was spectacular. Especially after the miserable little town of Presidio. Proudly claiming its founding in 1683, it’s officially the oldest town I’ve ever been in other than Plymouth. They really haven’t tried to improve the place. The lady at the gas station counter kept speaking Spanish to me. Like the bundle of joy that I am, I pointed to the American flag on my vest and proceeded to welcome her to America.

Anyway, the canyon and river road from then on was amazing. A real roller coaster of a ride. Some serious rising and falling in the road with tight, blind corners.

…I just had to take a quick break to get a picture of a Javelina (wild pig) and a road runner in the same shot. My wife is going to lose her mind.

The road went through some small towns and it was beautiful but damn it was so hard to not just want to pull over and melt somewhere. I was ready to call it a day as long as I could find shade.

I entered Big Bend National Park and meandered along at the posted 45mph, plus or minus. After a quick, deliriously made decision, I went 20 miles out of my way. To the Rio Grande Village. Like an oasis, it appeared suddenly out of nowhere. Seriously. You’re riding along, in vast open desert and tall canyons and then there is a tunnel. Go through the tunnel and there are trees and grass everywhere. This camp ground looks like it could have a couple hundred tents. There are maybe three. Including me, and I can’t see anyone from where I am. Birds are everywhere, as are the buzzing insects they are after. A few roadrunners are scavenging the camp sites and as mentioned, one Javelina, so far.

I’m not really sure how to take today. Once the pain is over, we seem to forget how bad it was. Today was bad. I guess I shouldn’t really say that. Not all of today was bad. Some of it was really good. I just hate ending on a bad note.

I can’t help but think a bit deeper on that one. This is for me. Not you.

I’ve had a good life. I’ve done some good things. Bad experiences don’t need to define my life. Nor should I let them. That is so easy to write and so hard to put into practice. I really can’t do it. If I could, well. Things would be very different.

Keep trying. I’ll get this.

I found a nature trail that took me to the top of a knoll that overlooks the Rio Grande (still not that grand). I watched the sun set over the U.S. and the full moon rise over Mexico. It was amazing. Really hard to take it all in and appreciate the beauty of it. I took a panoramic shot. Not sure if they turn out in this format. I think I was able to put my head in a good place for tomorrow. 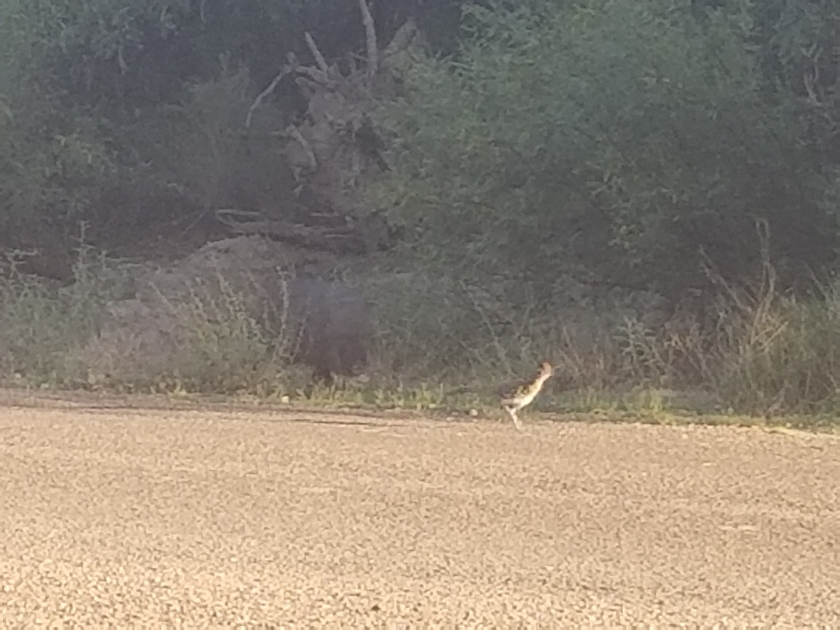