I can’t believe I haven’t written about my routes and my reasoning for why I’m doing where I’m going.

I’ll try to fix that.

A lot of people have asked if I’m trying to make it to every state. The easy answer to that question is no. I really don’t have a desire to do a 50 state trip. While that would be interesting, at my pace, that’d take forever. With that said, I am making an effort to hit as many states as I can, just to say I did, especially if the state is nearby. For instance, I dropped into Missouri for awhile because I was so close and I may do that again for West Virginia, especially since I’ve never been there before.

My basic idea for the original trip was just going around the outside edge of the lower 48. I’m still not being exact with that as I’m not following the border for any reason. I know, it doesn’t make much sense.

I’ve added a few jaunts here and there and really I’m just sticking to the whole idea of No Agenda. I’m going where I want to go. I figure I may never do this again and five years from now I don’t want to look back on this trip and say “I really wish I’d done…” I’m sure that will still happen but I want to have a reason. Or maybe I don’t. I’m sure my route is a head scratcher for a lot of motorcycle enthusiasts. There are bucket list roads out there that I have never heard of and I’m sure I’ll miss. I am trying my best to fit in as many as I can. It has been invaluable to me to have other riders chime in with recommendations. I would have missed so many good roads already without their input. I’m counting on getting so much more. It’s one reason I like posting my upcoming routes. It gives people a chance to look them over and then get back to me.

This next section of the trip I am really looking forward to. I came through a small portion of it in February of this year, in a car. So really I’ve never truly experienced this region before. That, and it has some really famous roads. The Tail of the Dragon, The Blue Ridge Parkway and Skyline Drive. I also want to see the Cumberland gap and experience some of the history in the area. I asked Tim once, if he could only ride his motorcycle in one state for the rest of his life, which would it be? He answered resolutely that it would be North Carolina. Unfortunately I don’t have a lifetime to spend riding these roads so I’ll have to survive on a small sampling. 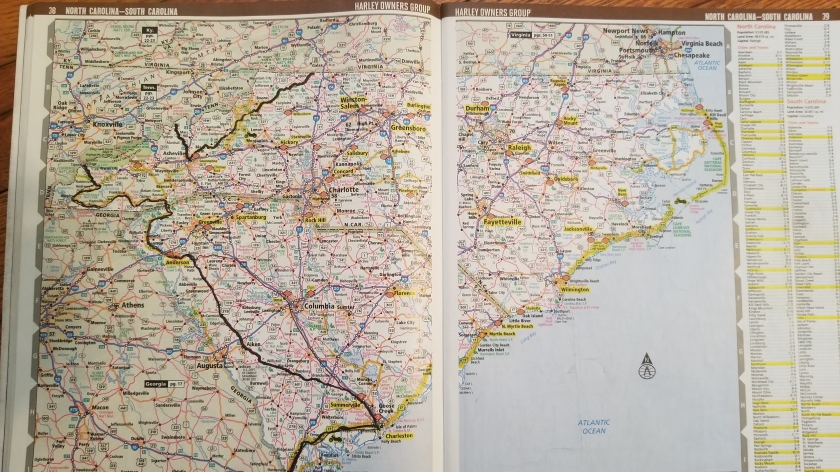 Getting from Charleston to Anderson is not going to be that exciting. Plus I’m going to feel like I’m going the wrong way and that can mess with your mind a bit. I’m just going to have to stay focused on what comes after that. At that point I’ll be deep in forests and starting to gain elevation. South Carolina will end right as the Smoky Mointains begin. And then the Tail of the Dragon. This road has more motorcycle folklore behind it than any other road, save Route 66. It has something to do with the amount of corners per mile. I’ve heard good and bad things. I’ll keep an open mind.

Into Tennessee. Tim told me the best Harley Davidson dealer is in Marysville. Definitely going to stop there. Then I’ll skirt Knoxville and head towards the Cumberland gap. I’ll even ride into Kentucky for a bit. Then right back down to North Carolina and onto the Blue Ridge Parkway.

It looks like I’ll be on the Parkway for a long time. That’s fine with me. The dotted path is a possible route into West Virginia, just to say I rode there. The Parkway appears to become Skyline drive, which will take me to a parallel latitude with Washington DC. DC is where the last of my family stops will be for a long time. After that I will get really good at camping.

I’ll try to get better at posting up my routes.

We went to see the Angel Oak. It was named after the Angel family and their plantation. It’s somewhere between 400 and 500 years old and shades over 17,500 square feet. It was stunningly beautiful. Trees are my favorite natural thing and I could admire them forever. This one took my breath away.

Then we went berry picking. Both black and blueberries. There’s something satisfying in a monotonous chore. Identifying ripe ones, braving the thorns and feeling the weight of your basket increase. I have a soft spot in my heart for blackberries. Where I grew up in Issaquah Washington, blackberries grew wild. We would stand at the corner waiting for the school bus, eating the berries until we were full. My mom still makes the best blackberry (or any) pies. Picking with my nieces was especially fun. The humidity though! How do people live in this? I was soaked through and I wasn’t even out an hour. I need my dry heat back. 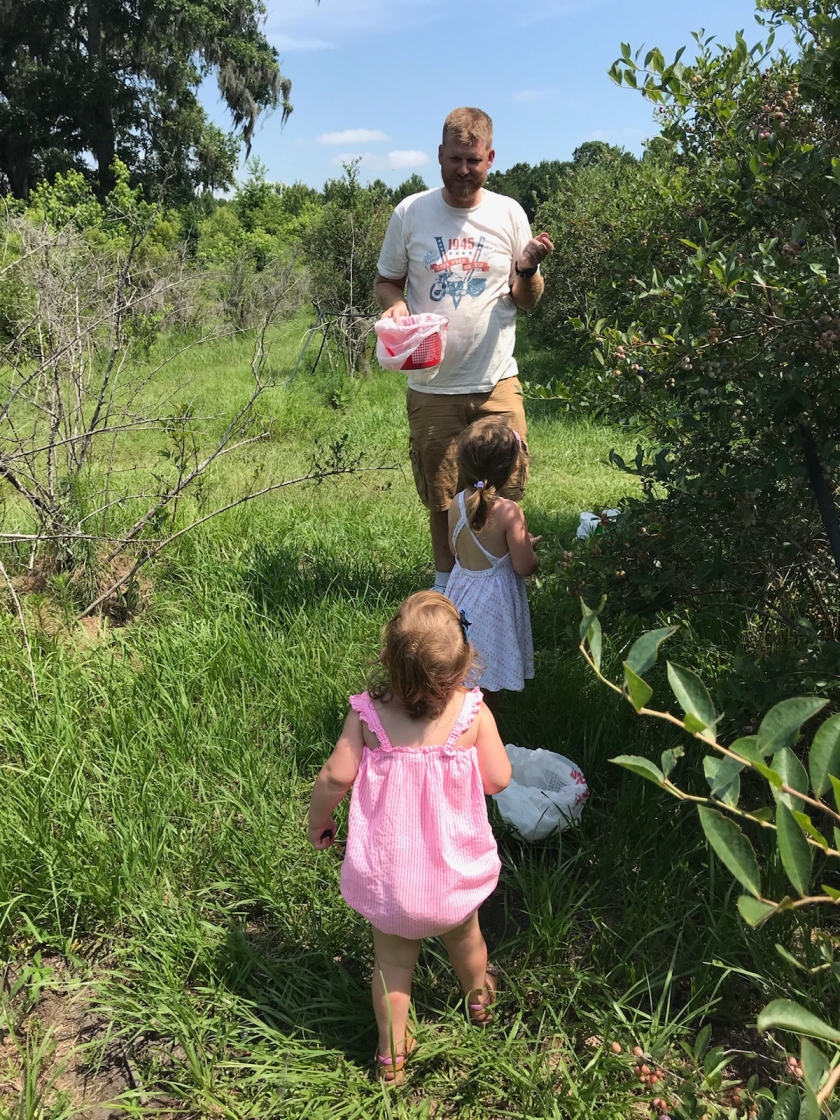